Comfort with a 34 key Keyboard# 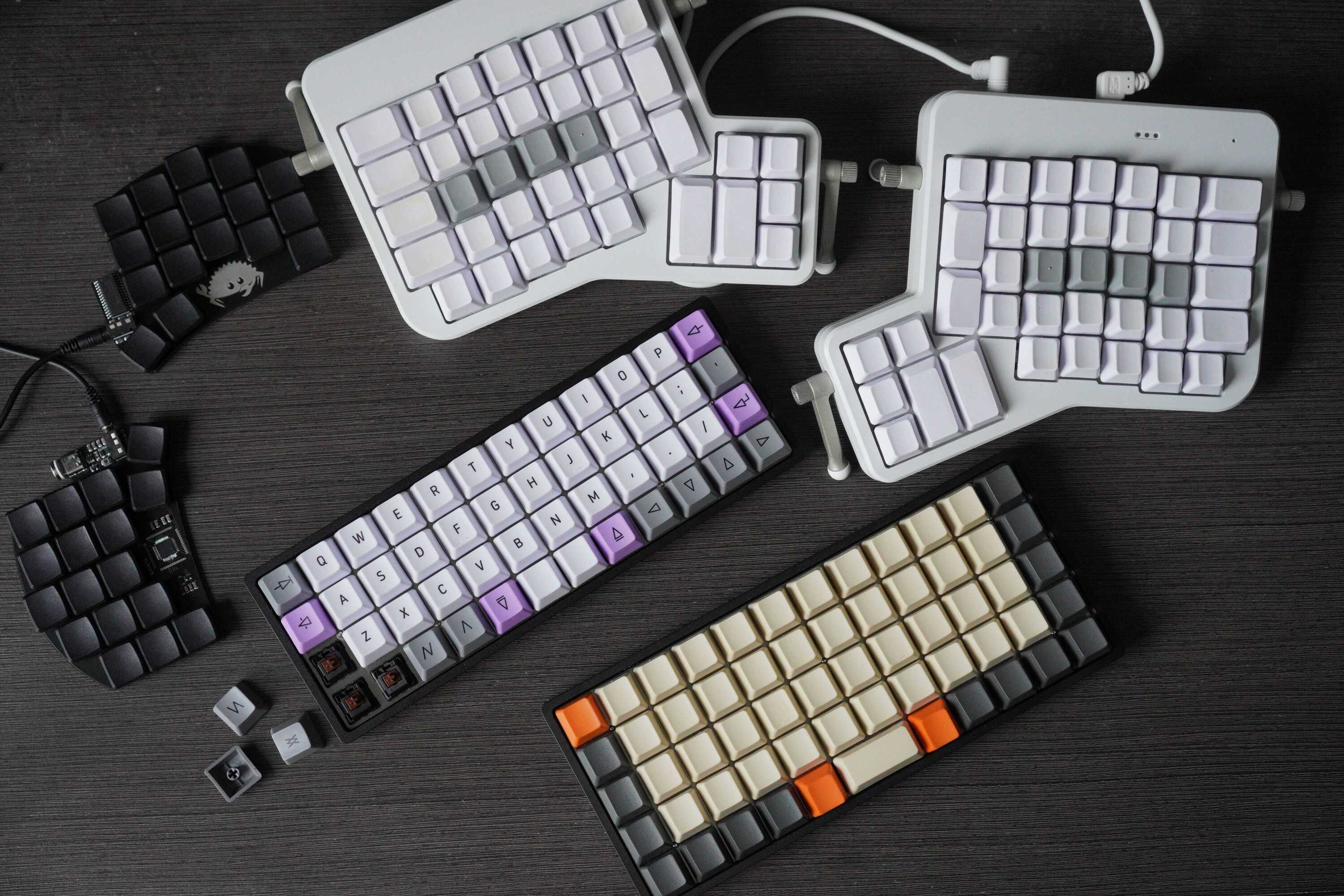 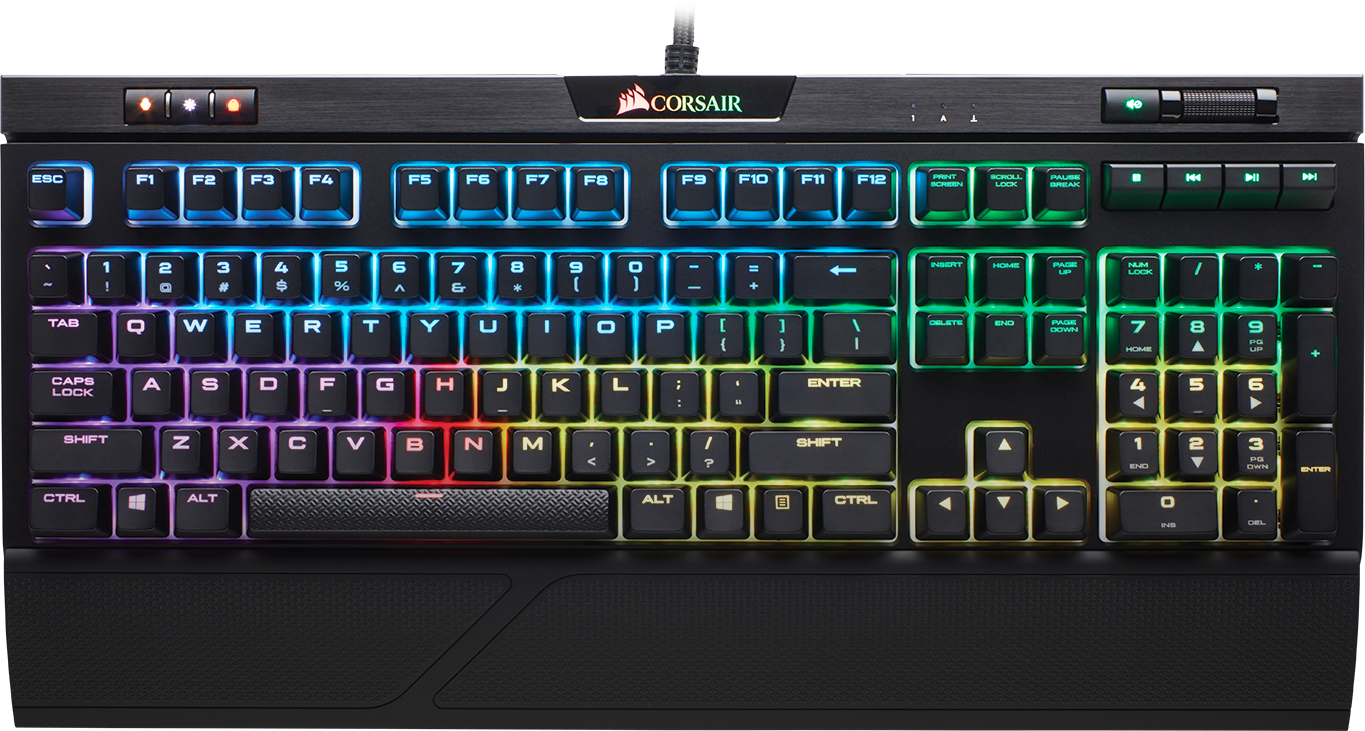 This was the first keyboard I bought, it’s a full sized keyboard, back then having more keys at my disposal seemed like a good idea.

If I was typing for a long time on this keyboard my finger tips will start to hurt, most likely due to the switch being a linear switch and there’s no dampening of the impact when I bottom out. On hindsight, it might help if I added O-rings.

The other problem was it’s just not comfortable to type on for long periods of time. When typing my two hands will be close to each other causing my wrist to be bent in an uncomfortable angle. This is called ulnar deviation.

The combination of this two issues lead me on a search for a more ergonomic keyboard. 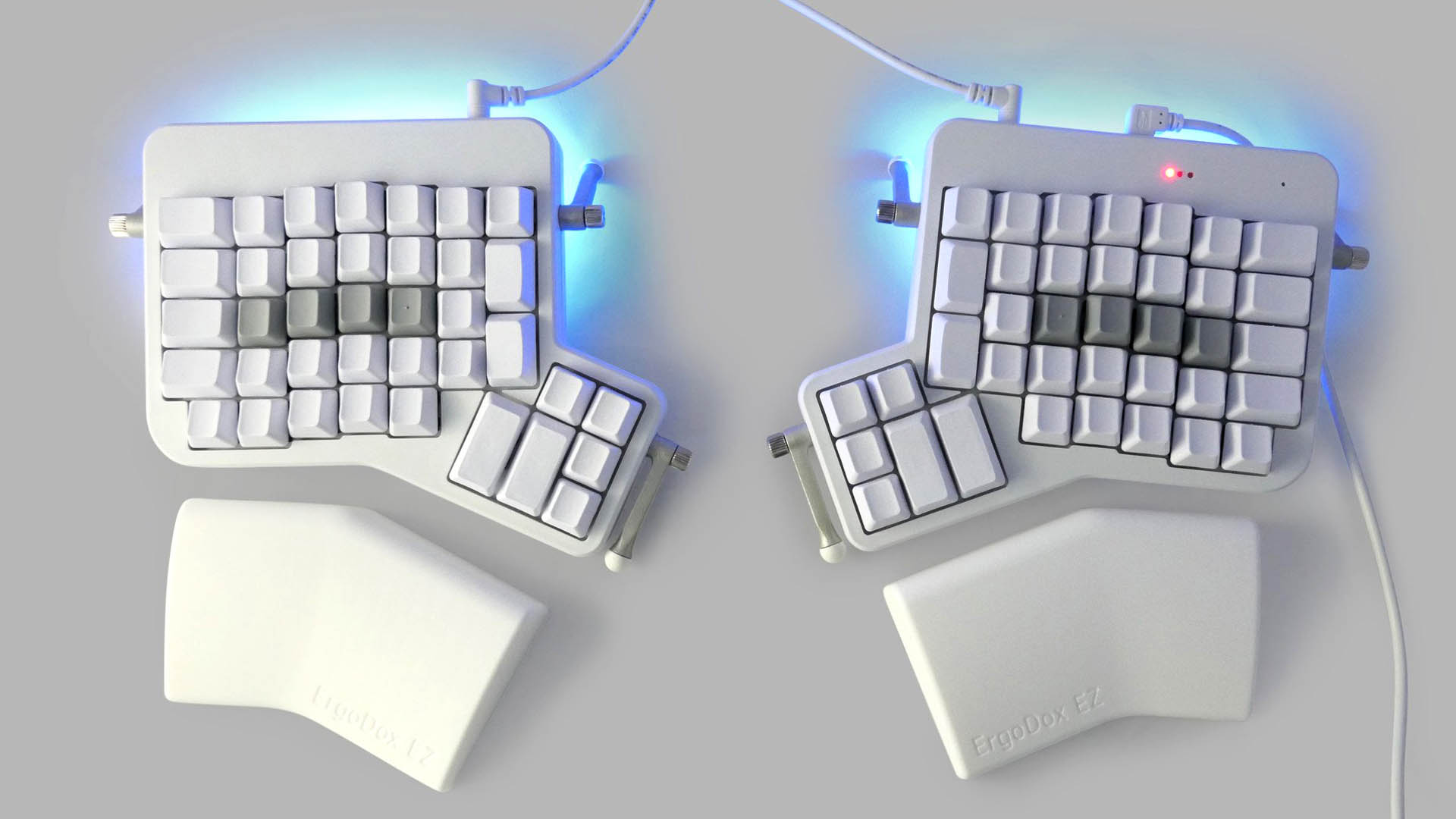 This lead me to discover Ergodox EZ, a split ortholinear keyboard. This keyboard was not cheap but I bite the bullet and bought it in the name of ergonomics.

It was amazing how much more comfortable the typing experience was compared to my previous keyboard. The fact that it was split solved the issue of my wrist, it being ortholinear also made it easier for me to touch type. The thumb keys were comfortable to use, it makes sense that we use our thumbs more, since it is one of our strongest fingers. With the traditional keyboard design, we were under utilizing out thumbs. The tenting and wrist rest made it comfortable as well.

The only downside was some keys are far away and I have to shift my hand to reach them. Which made me interested in smaller form factor keyboards. 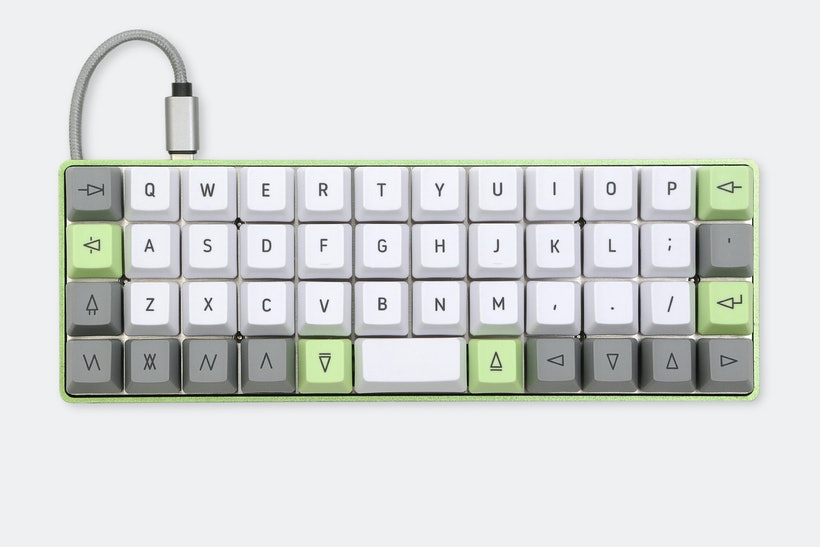 The planck is a 40% ortholinear keyboard which aims to minimize finger travel.

I got this keyboard with the intention of it being my portable keyboard and trying out a smaller form factor, but I found the keyboard uncomfortable to use, due to ulnar deviation and the high profile, I would need a wrist rest to type more comfortably. I also found it hard to use due to the limited number of keys, somehow I had the great idea that it would be fine if I get the slightly bigger version of the planck. (Including the comfort issue) 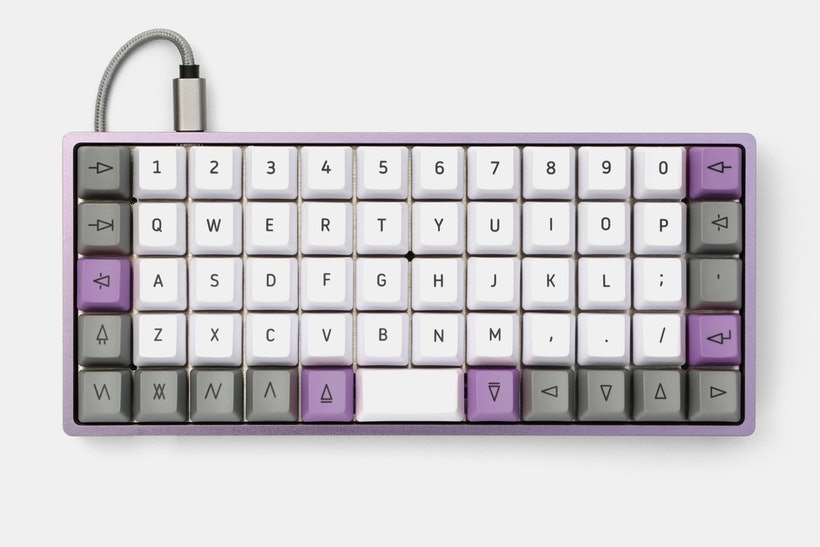 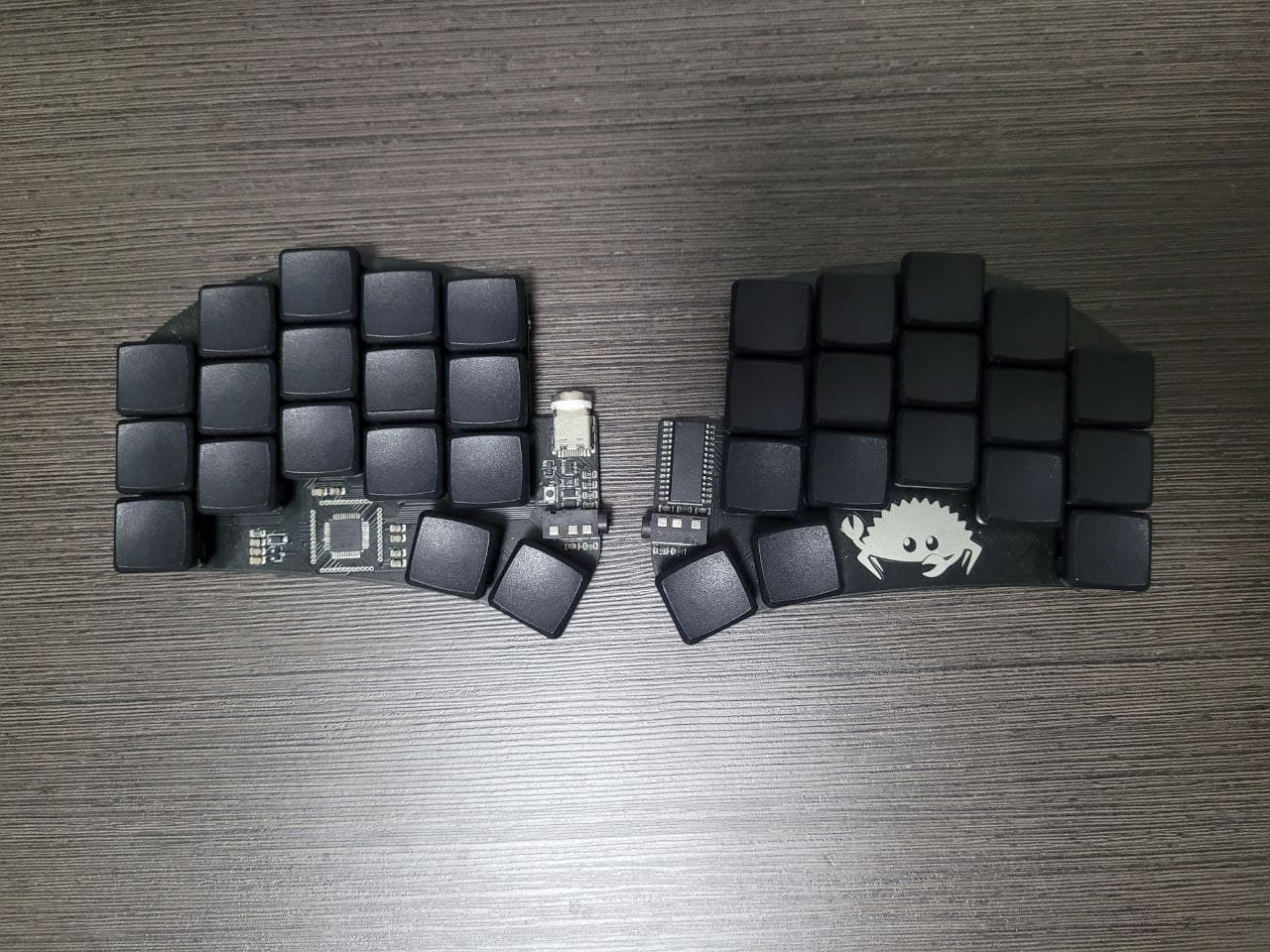 Based on the experience above, I concluded for a keyboard to be comfortable it has to fit these criteria.

The ferris meets all of those criteria and with the additional plus of it being rust related :). Initially I was worried about whether 34 keys is too little, so I changed my Ergodox EZ layout to only use 34 keys and I got used to it quite comfortably after awhile, so I went ahead and got the ferris.

I got the ferris partially assembled so I just had to solder on the switches, it was my first time soldering and thankfully it all went smoothly. However, when I tested the keyboard, some keys were not working so I asked around in the Low Profile Keyboards discord group and Pierrec (the creator of the ferris) told me it was likely that some MCU pins were not soldered properly, he offered to fix it for me, but I decided to give it a shot and it turned out well, the keyboard works flawlessly now.

The one thing that is special about the ferris is that it has column stagger, meaning each column of keys are shifted to different offsets to better match natural finger alignment. It was weird at first, but now that I’ve gotten used to it it feels much more comfortable than linearly aligned keys.

After 6 months of using the ferris I don’t have much to complain about, I’ve optimized my layout to my liking as well, which I plan on going into in a later post. The only thing I want now is a better TRRS cable, my current one is quite ugly.